A long fall. Arthur hits the ground hard - he shouts in pain

John: Arthur?! Arthur! Are you… Why are you laughing?

John: Yes, for fuck’s sake! Why are we at the bottom of another fucking pit? Who was that? Where in the hell are we? Arthur! [Arthur coughs] You have blood on your… What are you wearing? Are you okay? That was quite a fall…

John: I suppose so.

John: Of course I do. You keep saying that.

Arthur: You didn’t, though. You said… You didn’t.

Arthur: After we separated, the King kicked me out into this—

Arthur: I landed here… in a town called Addison, to the West of Arkham.

John: Back on Earth?

Arthur: Yes! But I was alone, bleeding, broken…

Arthur: And then Kayne showed up when I flipped the coin.

Arthur: He offered me a deal, that you would come back to me but you would remember nothing. And I took it. And a piece of the King – Yellow, I called him – he took over, and.... It was as if we never met — nothing, none of our memories together.

Arthur: But that doesn’t matter now, because you’re back!

John: But where are we?

Arthur: The town is run by a family called the Larsons— Wallace is a monster, John. He, he kills, he’s tortured I… I… and there’s something down here. It’s invisible.

Arthur: He made a pact with an outer god, and he… something lives down here. It does his bidding, it’s—

Arthur: Where are we, exactly?

John: We're in a mineshaft. There are stone walls but otherwise unlike the caverns in the Dreamlands, where we fought that creature. [Arthur chuckles] I’m sorry I wasn’t here, I — I didn’t know…

Arthur: [Sigh] You have your hand back.

Arthur: Let me shake it.

Arthur: I’ve missed you, my friend.

John: Oh. I was hardly gone.

Arthur: You were, but that doesn’t matter now. Welcome back.

Arthur: We need to get out of here.

John: The mineshaft stretches above us, wooden beams supporting the walls of the cavern back up to the… who’s house was it?

John: Right. It looks like it was an access point… once, a way into the house from below. There isn’t any light down here, only what’s from above, but I think I might see some lanterns along the walls. Where’s the lighter?

Arthur pats himself down

Arthur: Wait, no [lighter flicks open] I do have it — It was in my jacket, here!

John: Can you stand? Arthur, you fell a long—

Arthur groans in pain as he struggles upright.

John: There’s a lantern on the wall to your right.

John: Wait, stop. It looks like a pile of rubble or debris. Move around it to the left.

Arthur chuckles and does so.

John: There! The wall.

Arthur opens the lantern, lights it with the lighter.

Soft piano music plays as he starts walking with it.

John: The mine goes on Arthur, it’s straight. Thick wooden beams line the walls and act as almost a steepled roof supporting the tunnel all the way. It doesn’t look well-used, though – at least not recently.

Arthur: No, this whole mine was closed by Larson.

Arthur: Yes! The Order of the Fallen Star. Does it mean anything to you?

Arthur: I didn’t think so.

Arthur: There’s an exit to this place, I’ve seen it from the outside. Larson must have absolute trust in this creature, though, otherwise he wouldn’t risk us being able to escape.

John: If it’s invisible  there’s no real way we can outsmart it.

Arthur: No, but that’s not going to stop us from trying.

John: What the hell has happened to you?

Arthur: What? What do you mean?

Arthur: Why thank you.

Arthur: I know what you mean. The voice in my head, Yellow, he…he wasn’t like you. He didn’t want the same things you want. I think… I think you want them. Do you..?

Arthur: You want to be human, right? You..

Arthur: I just… never mind, I just... He was convinced that he deserved to be a god, that I should bow down to him, it was…it was fucking awful, John. It was you, without all of the humanity Lily gave you, that our time together granted you. Without the knowledge of…my daughter. You remember her, right?

Arthur: [Sigh] She brought you back, John, the same way she did me; she saved us.

John: What do you mean?

Arthur: We both do.

John: So, where is the King then?

Arthur: I don’t know. You don’t remember anything from after the King in the Dreamlands, till now, right?

John: I’m sure. All of this is as if it only happened a moment ago, Arthur.

Arthur: Well then. I-I don’t want to consider what that means for “him,” especially…

Arthur: No, nothing. I’m not ready to consider whether or not the King is seeking us out, or… or if Kayne thinks we’ve broken our deal.

John: Kayne is not someone we want to break deals with.

Arthur: But none of that matters if we don’t survive getting out of here. We don’t know the way out — we can’t climb back up, right?

Arthur: Then I suppose it's about stumbling in the dark, unless you have a better idea?

John: Then what? If we get out?

Arthur: Then we’re heading back up to the estate [Eerie violin stinger] and I’m going to kill Larson.

Arthur: I don’t care. I made a promise. One I intend to keep.

John: Let’s cross the bridge of getting out of here, first. For now, we need a solid plan. These tunnels—

Arthur: They’ll be on a grid system probably. We’ll keep a hand on one wall and move forward, right?

John: Your hand is already black.

John: There’s plenty of coal set into the wall.

John: Do you think the creature has any trouble seeing?

John: I mean hiding in plain sight, rubbing coal on your skin and face.

John: Yes; you’d need to use a large stone to knock some free.

Arthur: Which would make a great deal of noise.

John: But it could save our lives.

Arthur: Or draw it right to us.

Arthur: Okay, okay, but we have to be smart about it. Maybe just little pieces at first.

Arthur picks up the stone.

Arthur: Alright. Where is the…?

Arthur: Is it just all over the wall?

John: There’s a fairly large vein, I suppose you’d call it, just above your head.

Arthur breaking coal off the wall

Breaking coal down in three taps

John: I think you can pull some of it down, now.

John: I don’t hear anything.

John: What the fuck is that?

Arthur: Caves are tricky, their design makes them extremely susceptible to whisper galleries and… re-reverberations…

John: You don’t believe that, do you?

John: Just get what you can.

Arthur rubs the coal over his body.

John: Oh…The blood from your ear is…

John: Mixing with the coal.

John: No, it’s actually helping. Arthur I still have a million questions about what the hell happened.

John: Fuck. I think this is as good as we’re gonna get it.

John: Your hands are covered. I can’t tell your face, but…

Arthur: We’ll need to use our senses here. I’m going to leave the lamp.

Arthur: This was all for naught if we’re spotted a mile away with a light.

John: I know, it’s just… I won’t be able to see anything.

Arthur: Welcome to my world. Look, we’ll follow the tracks. They have to lead out.

Footsteps. Something rushes past — Arthur gasps in fright.

Arthur: Jesus Christ! I think…I think something… just… r-ran past us.

John: Arthur, the track has ended.

Arthur: Did we take a wrong turn, or…?

A creepy voice in the distance

Arthur: [Whispering] We keep moving. I’ll keep one hand on the wall.

Arthur: It’s the only surefire way to escape a maze.

John: Alright. Try to keep your words to a minimum. 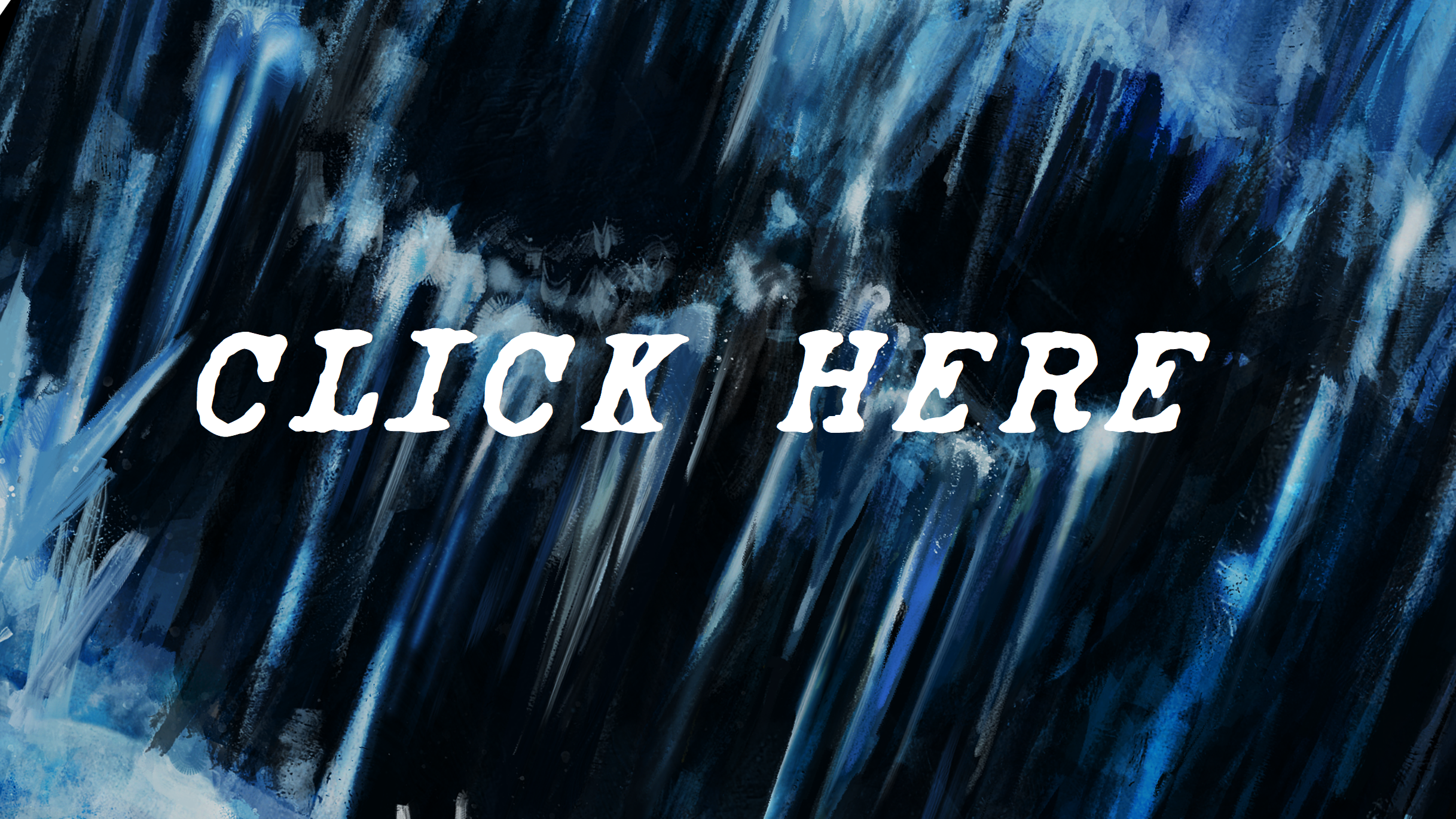 Transcribed by the amazing Croik! My absolute appreciation to them for their effort and patience in making this.

THE CRACKS   Arthur breathes heavily while climbing the stairs Arthur: That must be what, five flights of stairs, now? How far up is the surface?…

The gate creaks open. Mysterious piano plays. John: As I said, this is a larger room. There’s a long table with seven high-backed chairs surroundi…